Continuing with my experimentations; I wanted to find an effective solution to shrink wrap a mesh around the curves. I also wanted to explore ways in which to scan the 3D curve data (like an MRI scan) to build up a series of flat sections of the curve.

All curves and sculptures are from part 3 of Verdi's Requiem, 'Offertorio'.

With the help of some plug-ins I was able to create this structure. 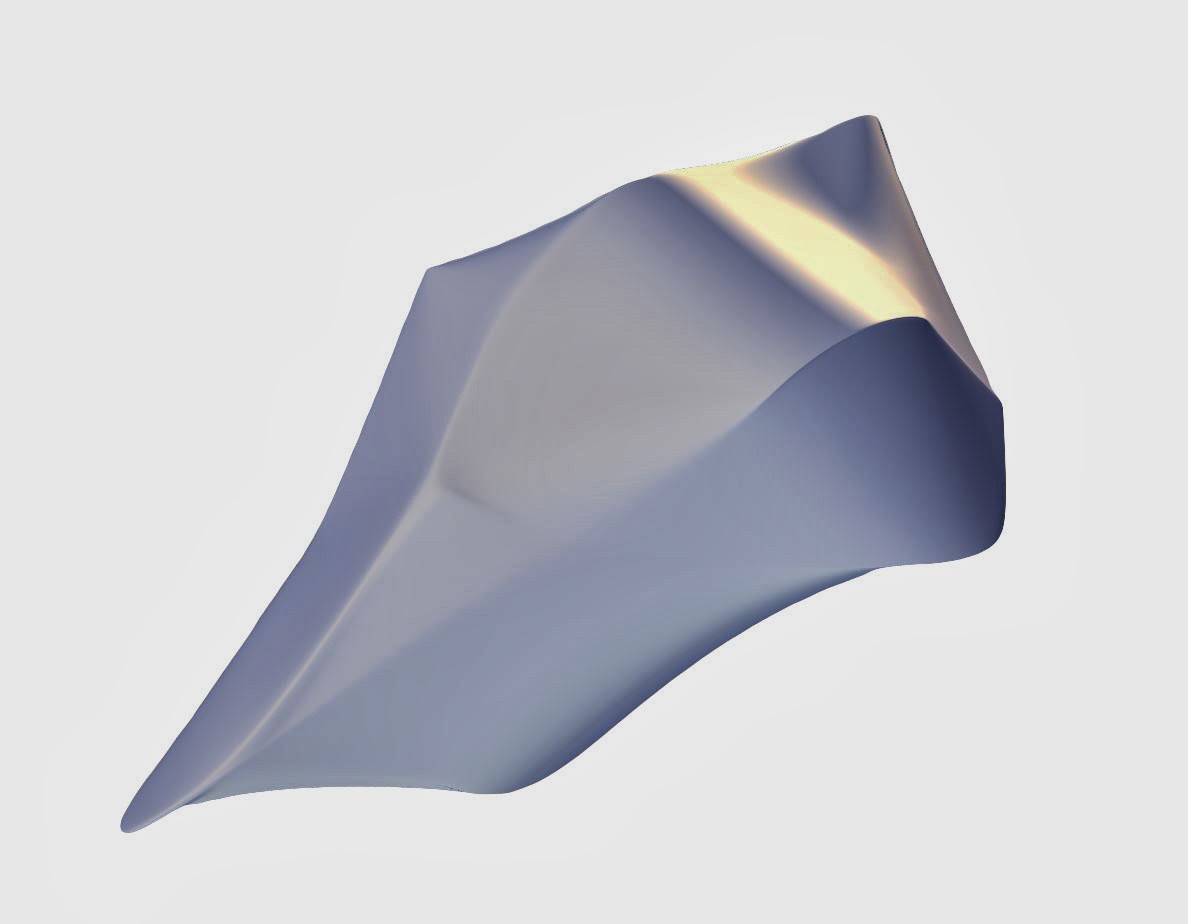 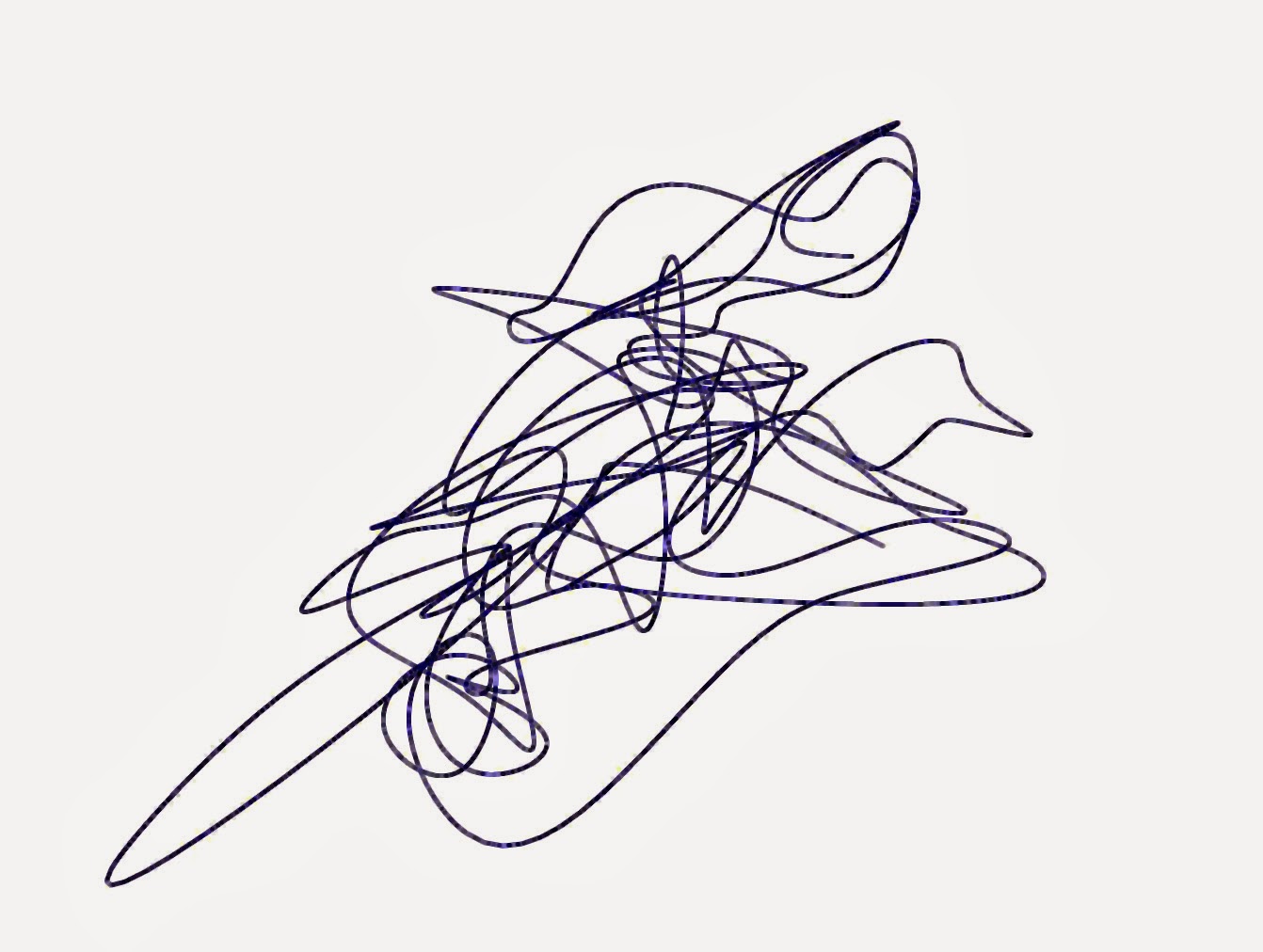 The idea here is that we could create a wire frame structure which we can shrink wrap some kind of material around, to create a light translucent sculpture. If only we could reconstruct one of the original 3D curves for real, I think the translucent effect would look quite good with the silhouette of the curve inside. Or at least with something inside.

The same technique was applied to this sculpture. 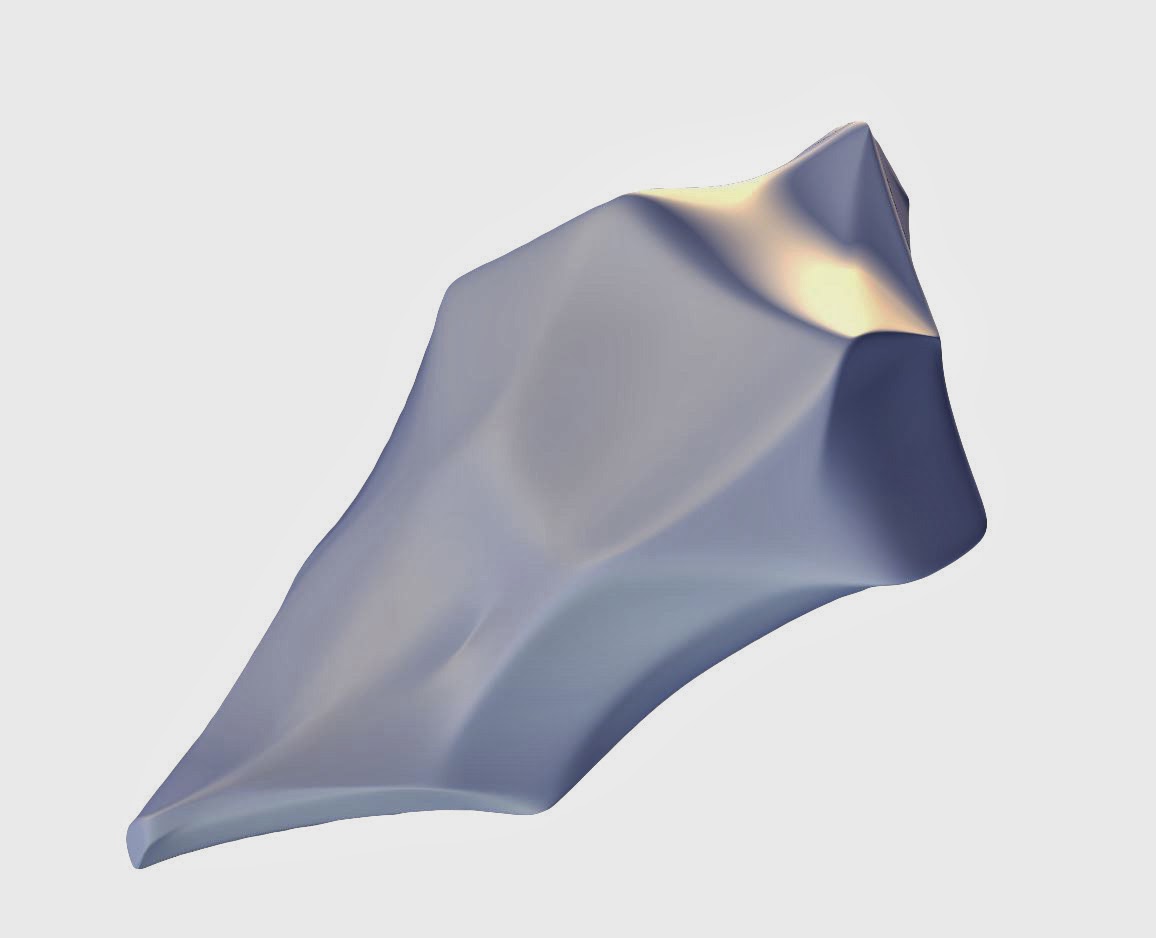 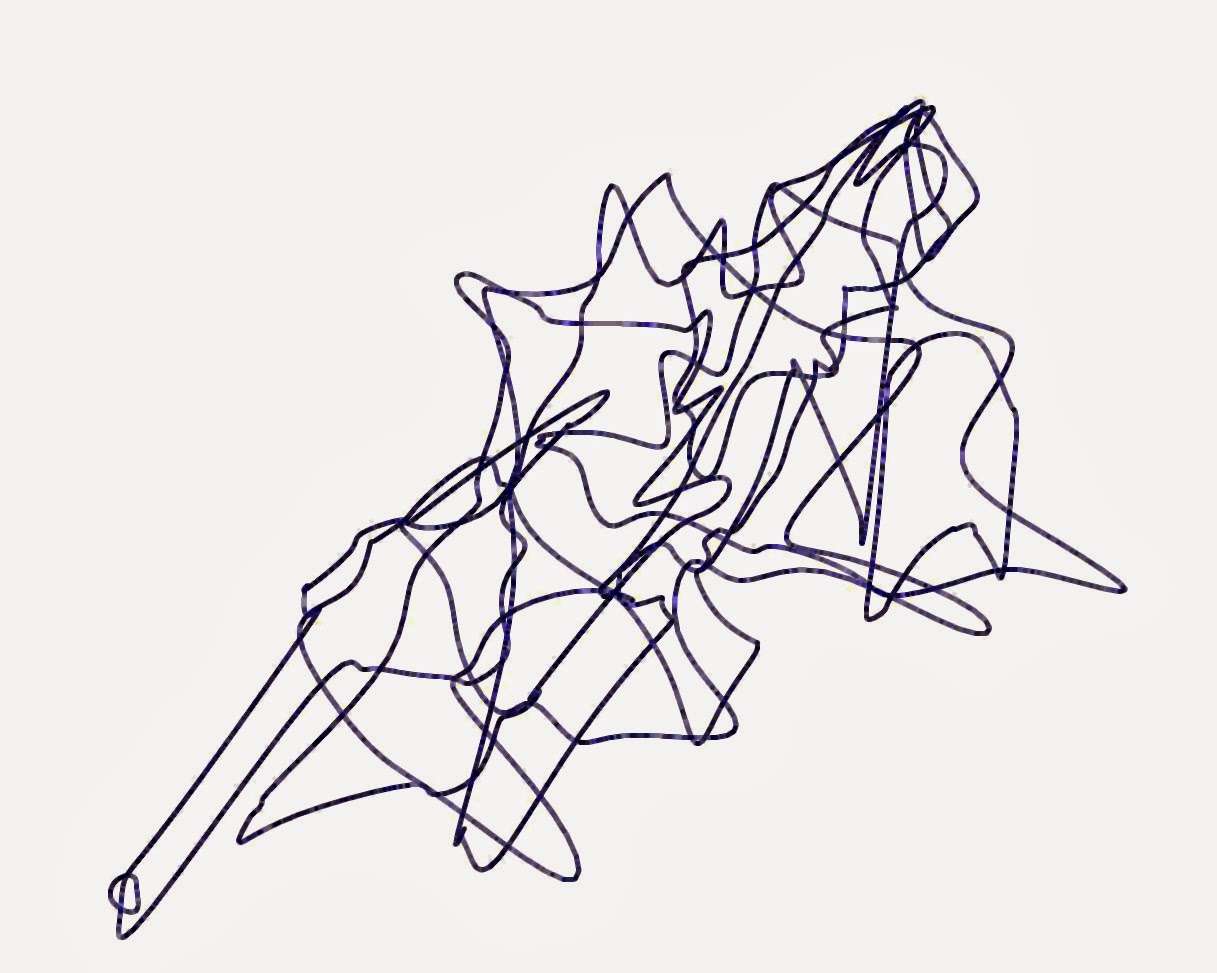 It is similar but different as I didn't shrink wrap around the original curve. Instead I traced sections of the curve from two sides at various depths. I did this by creating a camera with a tiny clipping distance to run through the curve from a particular angle. This allows me to scan through the curve and get a picture of a slice of the curve. I traced around whatever I saw in the view by hand. The resulting curves were then used for wrapping a mesh around in the same way as above.

Since the above image is a bit difficult to interpret, the following image just shows four of the traced curves from the front view at different depths. 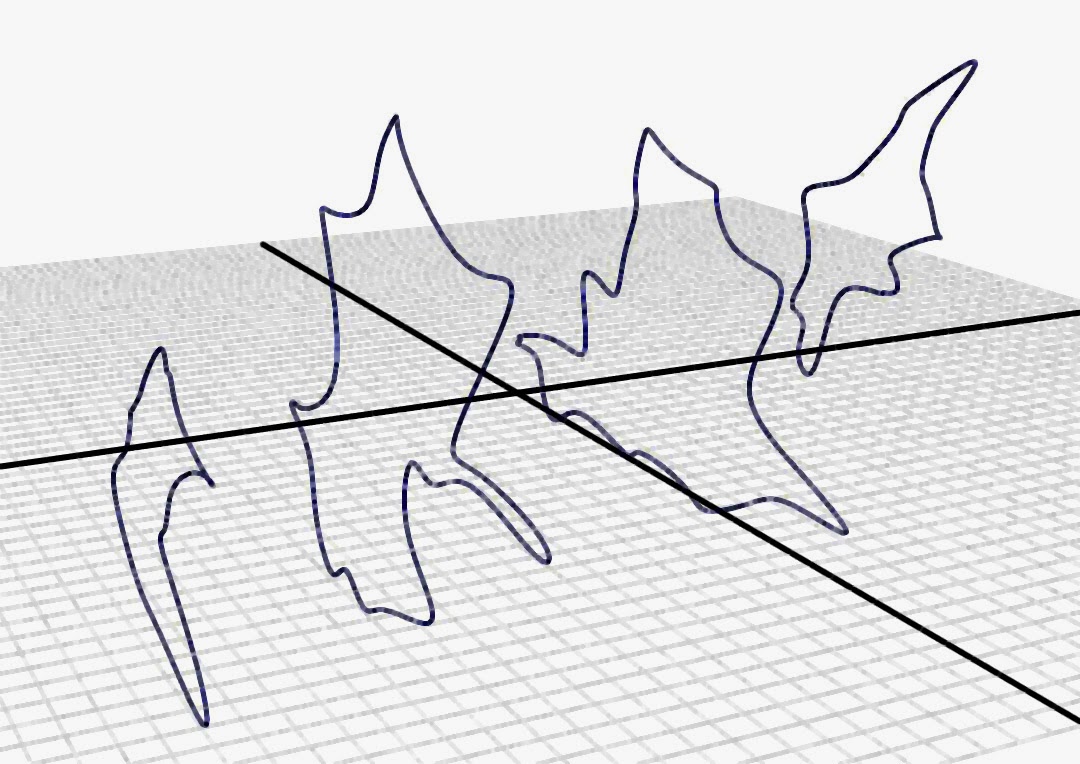 Interestingly enough, watching the camera/scanner run through the curve produces it's own interesting animation!

So how did I shrink wrap the mesh around the curves? A dense spherical mesh was created as a starting point. The mesh was then snapped 'magnetically' to the curve with the help of a freely downloadable plug-in called prAttractNode, which I found on Creative Crash. I maximised the falloff so that the whole mesh was attracted to the shape of the curve. This is the resulting mesh. 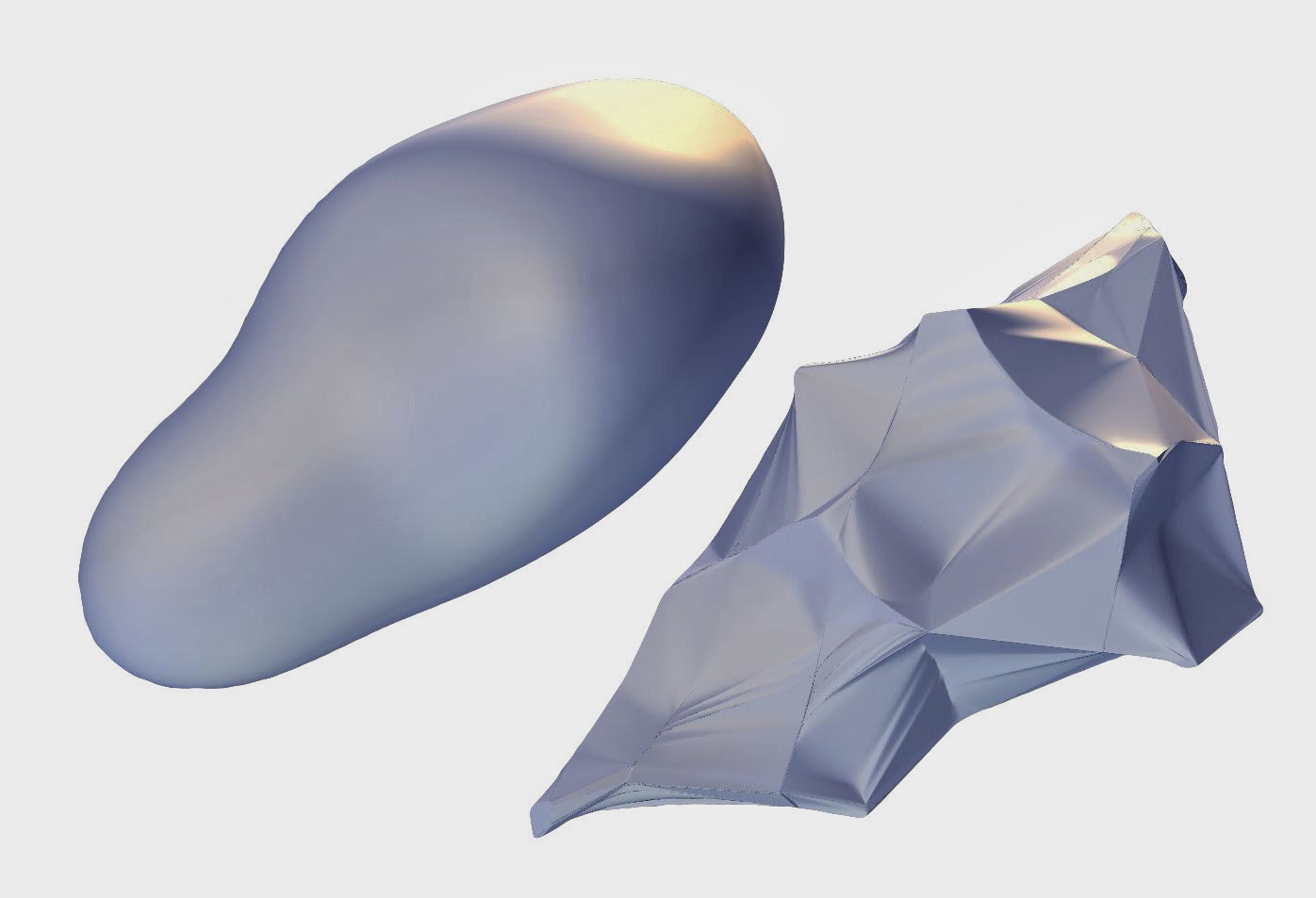 The plug-in has options for creating a smoother look, but the results were not satisfying so I kept the hard edge look and decided to rely on something else to smooth the mesh out. I achieved this with another plug-in (which I wrote myself several months back) specifically designed for smoothing high poly meshes. Here you can see the effect it has on the mesh. 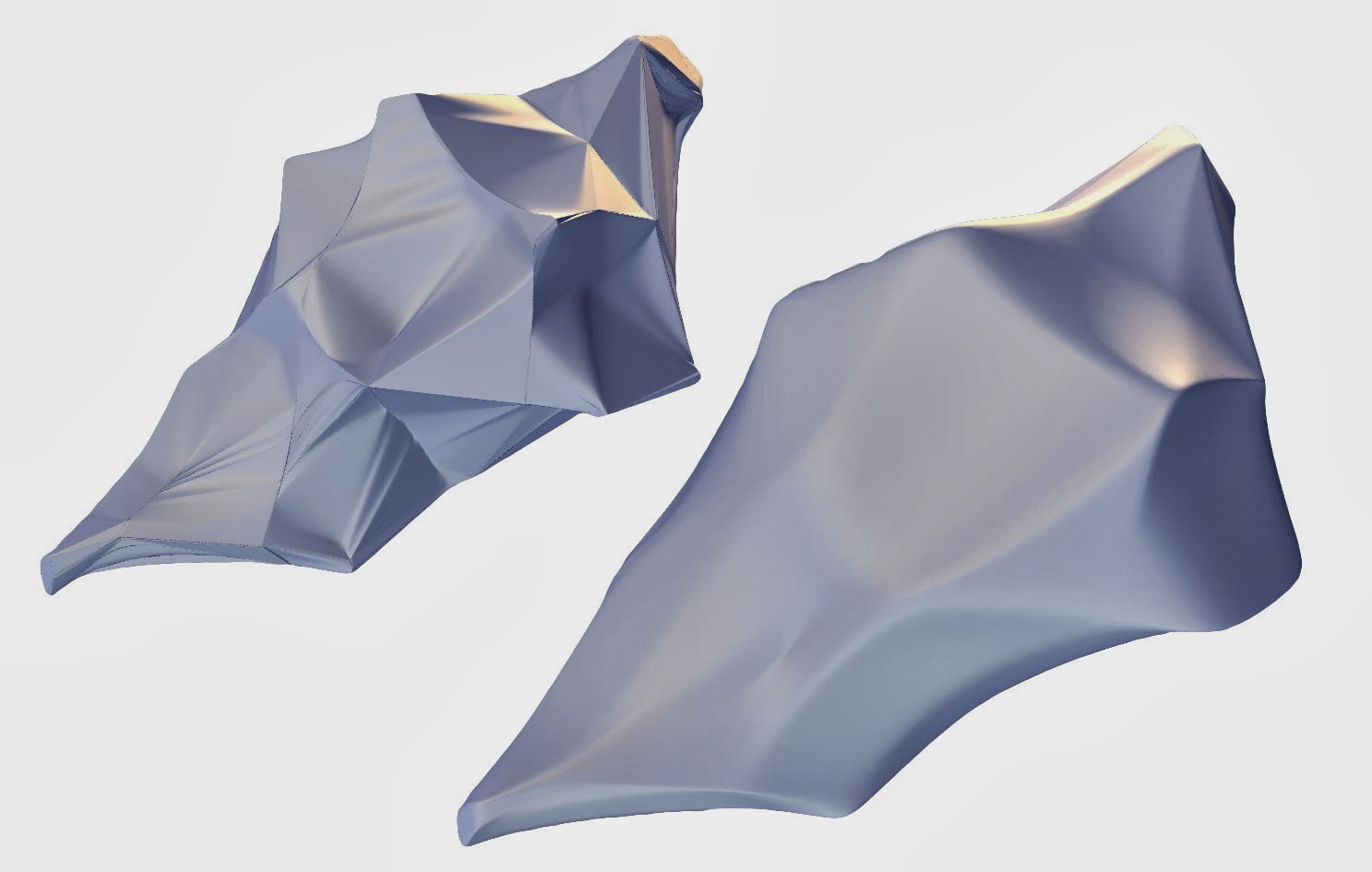 Using the two plug-ins in combination works well to create various shapes influenced by the curve. Because they are deformer nodes, it means that the effect is animatable too. For example, by changing the size of the source shape, you can create shapes that wriggle through the curve.

It looks quite good when you put a series of flat sheets into the structure. 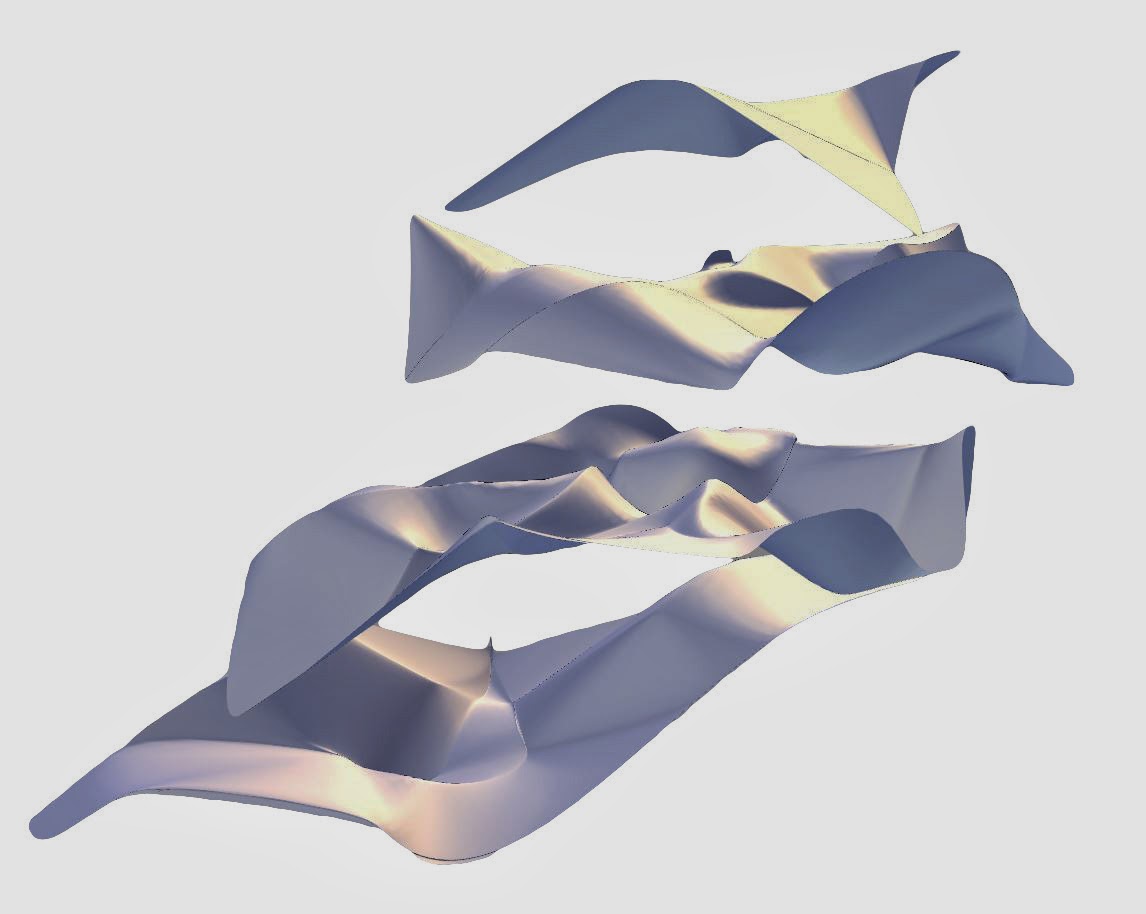 So there we have it.

I now leave you with this animated blob!

Ethan Shilling
Posted by AFlockOfPixels at 14:16